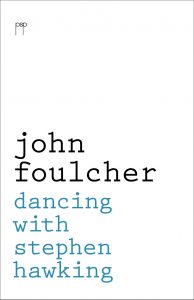 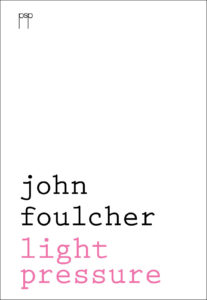 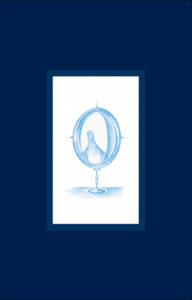 ‘For Foulcher, writing poetry is both a learning experience as well as an experience of learning. All of the poems in 101 Poems, he insists, have one thing in common: ‘I’ve gained a greater understanding of myself and the world by writing them’. Poetry ‘holds up a mirror, so the lines of the face can be seen more clearly’. The key strength of this collection is the myriad points of entry it offers the reader, always intimate and ever surprising. Foulcher invites us to follow these lines, and find where they intersect with our own.’
George Mouratidis reviews 101 Poems at Cordite

‘ I fell in love during the reading of this book – so strong were my feelings. But ‘in love with what?’, I kept querying. Not the expressions of love itself: human love is an assumed thing in this book . . . This book is rather about spiritual living and history; about light and dark but not always in an oppositional way. It concerns our beliefs about religion and about art, and also about the rightness and wrongness in historical moment and politics.
Robyn Rowland’s launch of  The Sunset Assumption on 19th July 2012 at Collected Works Bookshop in Melbourne, published in Cordite Poetry Review on 8th August 2012.’

‘The Sunset Assumption confirms his status as a thoughtful, melodious poet, one of seriously investigated religious beliefs, one morally attuned to the need for and the compromises of such beliefs.’
Peter Pierce reviews Melinda Smith’s First … Then … and John Foulcher’s The Sunset Assumption in the Canberra Times on 25th August 2012.

Heather Taylor Johnson’s review of What on Earth Possessed You (Halstead Press, 2008) published in Cordite Poetry Review on 7th September 2009.

John Foulcher graduated from Macquarie University with a Bachelor of Arts with Honours and a Diploma of Education. He has been a teacher in NSW and the ACT.

His work has been widely anthologised and published in national newspapers and journals including The Age, The Australian, The Sydney Morning Herald, The Bulletin, Quadrant, Heat, Poetry Australia and Meanjin.

His poetry is described by the Oxford Companion to Australian Literature as ‘simple, direct and convincing’. The poet and critic, Geoff Page, however, in A Reader’s Guide to Contemporary Australian Poetry, warns against an overly simplistic view of Foulcher’s work: ‘It is tempting to classify John Foulcher as an imagist . . . When reading Foulcher’s work as a whole, however, it is soon apparent that his range is considerably broader than the imagist tag will allow.’ Robert Gray adds: ‘His theme . . . is a sceptical faith, complemented by the uneasiness of domesticity. It is the heroism of the modern, isolated individual – the man or woman who remembers to put out the garbage bin for fifty years . . . who stands on the nature strip and looks at the unbelievably violent furnaces that are the stars . . . and asks what place there is for the transcendent impulses that arise within us.’ (Poets and Perspectives: John Foulcher). Jeffrey Poacher concludes: ‘Foulcher’s work can be read as a determined effort to recover for poetry the inclusiveness that is now often associated with other art forms like fiction or cinema.’ (Australian Literary Studies Vol 19: John Foulcher’s Democracy).

From 1986 to 1994 his poetry was set for study on the NSW Higher School Certificate syllabus. He has been the poetry editor of both The Canberra Times and the Voices, the magazine of the National Library.

In 2010, he was awarded a writer in residency in Paris at the Cité Internationale des Arts by the Literature Board of the Australia Council. His 2012 volume of poems, The Sunset Assumption, is a response to that experience and was his first collection with PSP, followed by 101 Poems (2015) and the recent A Casual Penance (2017)