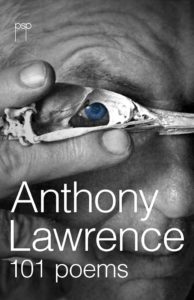 Headwaters marries an extraordinary gift for observation of the natural world and an exquisite appreciation of human creatureliness with marvellous linguistic precision to create a singular, life-affirming music.

Anthony Lawrence’s Headwaters meditates on complex ideas of sources and origins, from poems that delve into the estuarine world and the movement of bodies of water, to questions of family inheritances and the sometimes fraught relationships between sons and fathers, and encounters with poetic forebears such as Yeats and Dickinson.

Underlying all of these origins, however, is the body itself, the ultimate source: one which houses all experience, or, what the Scottish poet John Burnside, when praising this book, termed our “creatureliness”.

Some of the most powerful poems in the collection handle the body’s failings – deaths, the loss of a father’s ashes, and the rituals that follow funerary rights, to bodily harms experienced while slicing a foot open with the razor-sharp spines of a sea urchin, or detaching the retina of an eye with an errant piece of fencing wire, as well as threats to the body from pathogens and illness, addictions of various kinds, vices, and temptations.

Lawrence is a forensic observer of the animal and human worlds and a profound translator of that lived experience into the “unfenced shires” of language. Headwaters is a commanding addition to Lawrence’s oeuvre.

It’s a complex and magnificent poetry able to activate our own imaginations in response. The poems’ shapes, which I’ve concentrated on here, are always interesting and challenging, and as a result Lawrence’s poems are never a wodge of imaginative discourse dumped onto the page. At the same time, the strong drive of the verse always means that the aesthetic beauties are never merely effete or self-congratulatory. For those new to this poetry, Headwaters makes an excellent introduction to Lawrence and there is the additional benefit that it comes in such an attractive package. I know I have said this before but it is worth repeating that the poetry series from Pitt Street Poetry sets very high standards in book design: these things have certainly improved since I was the publisher of a small press a quarter of a century ago.

Headwaters once again proves that Anthony Lawrence’s claim for a permanent place in Australian poetry stopped being a claim long ago. There’s little need to claim what you already are. Gravely, graciously, he’s just getting on with it.

Lawrence’s poems are not the fleeting observations of a city poet who, driving through the “bush”, pulls over when he/she sees something interesting.  Rather, they embody the feelings biologists, entomologists, ornithologists and others almost certainly have but which they are not at liberty to express in their scientific papers.

Elsewhere there is pure, electric storytelling, as when a teenager is hurt in a fencing accident (Wire). Combining action, reflection, sorrow and nature (observed yet always somehow intervening), this poem follows you out of the book as image, sensation, thought.

It is also clear, especially to a contemporary, how much of Lawrence’s style and worldview have been shaped by being born in 1957 and growing up in a world suffused with rock music. His book might as well be printed on vinyl.

‘Les Murray says something about being stopped in his tracks, while reading poems, and asking “Now why did the poet do that?” This happens all the time. It’s part of the code-breaking. When a word or phrase appears that’s arresting, it does two things: it challenges my perceptions of seeing/hearing/feeling, and it moves me into new territory. By this I mean an altered state of awareness that’s akin to an extended daydream, where all my senses conspire to provide fertile and syntactically engaging words or lines. It happens rarely, but when I’m there I tend to make the most of it, for days sometimes.’

Read the full interview at the Famous Reporter

You can find more information
about Anthony Lawrence 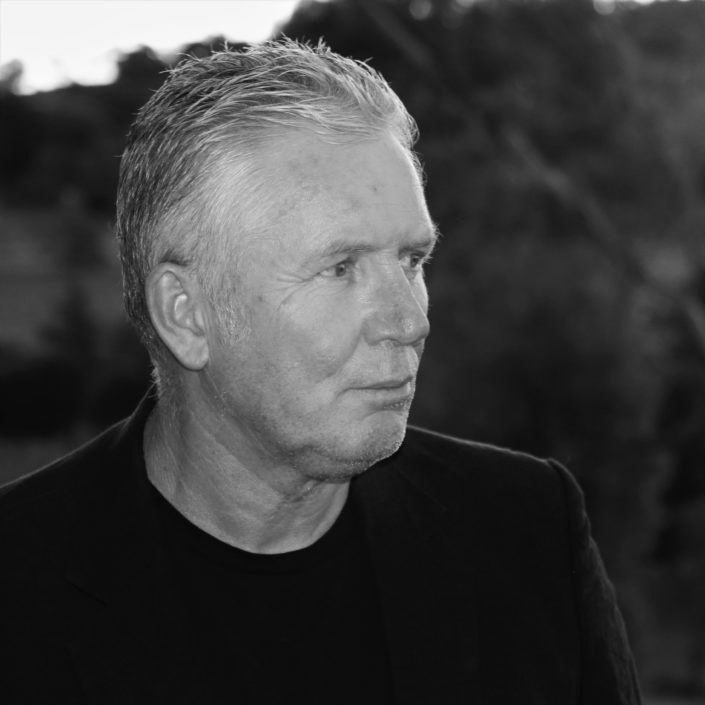