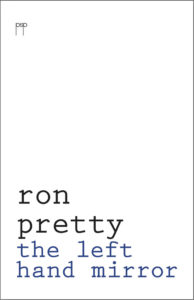 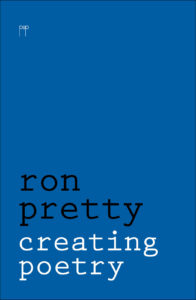 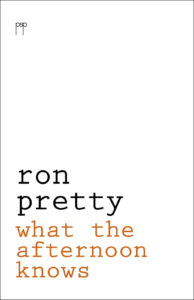 What the Afternoon Knows

A Flicker of Eyelids

‘It is reasonable that poets, by the time they reach their mid-seventies, should be involved in projects which re-evaluate their current lives and poems in the light of early experience and expectations. This most recent book of Ron Pretty’s – and it is by some distance his best – is built around the Swedish proverb, ‘The afternoon knows what the morning never suspected,’ treated not as an opportunity to gloat over the wisdom which age is supposed to bring but instead to puzzle out the weird discrepancies and disjunctions between the two states of ‘what-I-was-then’ and ‘what-I-am-now’. . .

. . . One always had the feeling from Pretty’s earlier books that his poems were well-made, sturdily braced, hard-working objects that dealt with experience at the personal and social levels but needed an infusion of one kind of madness or another to shake them out of their comfort zone. One of the features that makes What the Afternoon Knows his most satisfying book is that its poems have room for the disturbingly irrational.’
– Martin Duwell ABR February 2014

‘. . . at a time when indirection is often taken to extremes, it’s refreshing to read a collection where the poems are direct and emotionally-engaged, while still possessing the linguistic and intellectual subtlety we rightly demand of poetry.’
– Geoff Page Canberra Times 24th August 2013
(click on the link for the pdf)

Ron Pretty has been a leading figure in the Australian poetry scene for decades. During the twenty year period he ran Five Islands Press he published 230 books of poetry and mentored an entire generation of the best Australian poets.

For a number of years he edited the magazines Scarp:New Arts and Writing and Blue Dog:Australian Poetry. He has taught writing in the Universities of Wollongong and Melbourne as well as in schools, colleges and a broad variety of community organisations.

Ron Pretty was instrumental in establishing the Poetry Australia Foundation which has now become the national peak body Australian Poetry. He was awarded the NSW Premier’s Award for Poetry and an AM for services to Australian literature. 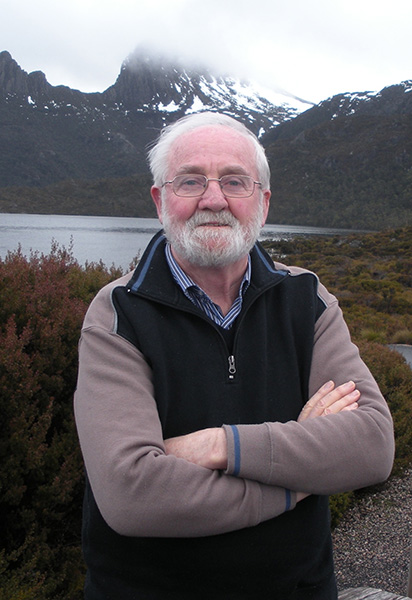