My Feet Are Hungry

‘His latest poems have as much passion, as much sensory involvement with the world, and as much intellectual engagement with different elements of the world. His individual voice has always been consistent.’
David Malouf, quoted by Jason Steger in a birthday encomium in the Canberra Times, 6 May 2014

‘I just wrote a poem on the 400th anniversary of Shakespeare’s death, with a wombat in it. Yes, well, I developed a sense, just like the history of art, the history of poetry was a gigantic paintbox in which all sorts of colours and all sorts of tones and depths could be found, and that you’re able to range through all this. ‘
Chris Wallace-Crabbe with Kristin Headlam at the National Portrait Gallery

This twenty-fourth volume of poetry by Chris Wallace-Crabbe was published in celebration of his eightieth birthday in May 2014. He was born in Melbourne and is strongly associated with that city despite stints at Yale, Harvard and the University of Venice, Ca’Foscari. Previous volumes of his poetry have been published by Angus & Robertson, the Oxford University Press, Carcanet and Brandl & Schlesinger. In addition to poetry he has published extensively as a poetry editor, critic and scholar. These days he divides his time between his office at the University of Melbourne, the seaside and the tennis court. 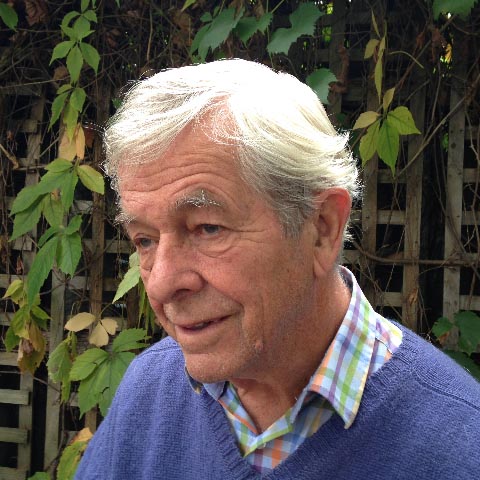